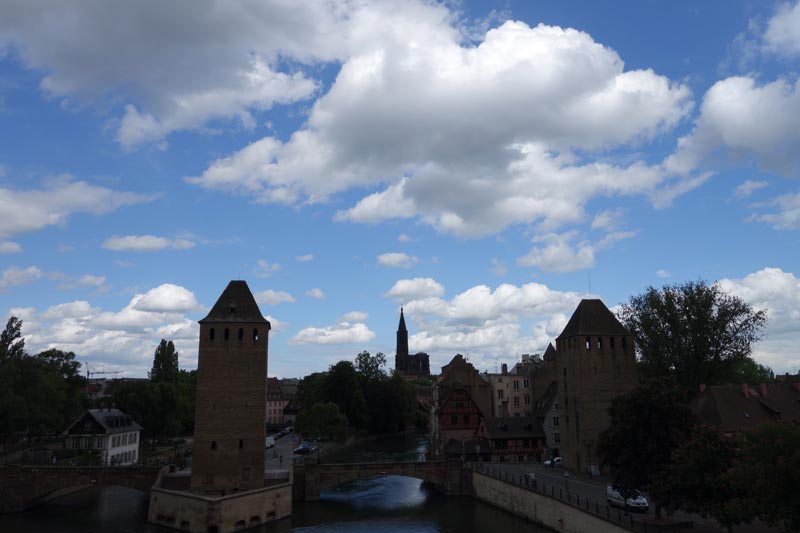 ‘Bonjour!’, says the old man on the bicycle. Slightly surprised and with a quick smile, I answer ‘Bonjour’ with a nod.

At first I thought it was the postman but it is possible that it was just a nice old man who decided to greet me in the street on the first morning of my stay in Strasbourg.

People on bicycles and people saying ‘No, I thank you!” (C’est moi qui vous remercie!) are one of the first things I noticed in Strasbourg and also one of the things that made me describe the city in two words: “Very French”. 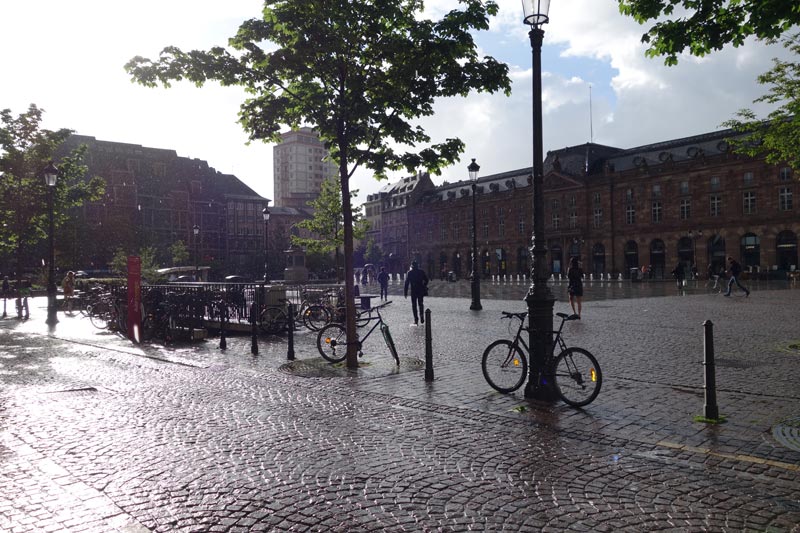 This may seem strange because Strasbourg and the whole region – the Alsace – are one of the most culturally varied places in Europe. Having changed hands a lot in the past – from French to German and vice versa, – and having been chosen to house quite a few European institutions and organizations, Strasbourg is a place where you meet people from all over Europe.

Yet, its charm is distinctly French. From the boulangeries (bake shops) with the smell of freshly-baked croissants to the open-air cafes in the old city center. 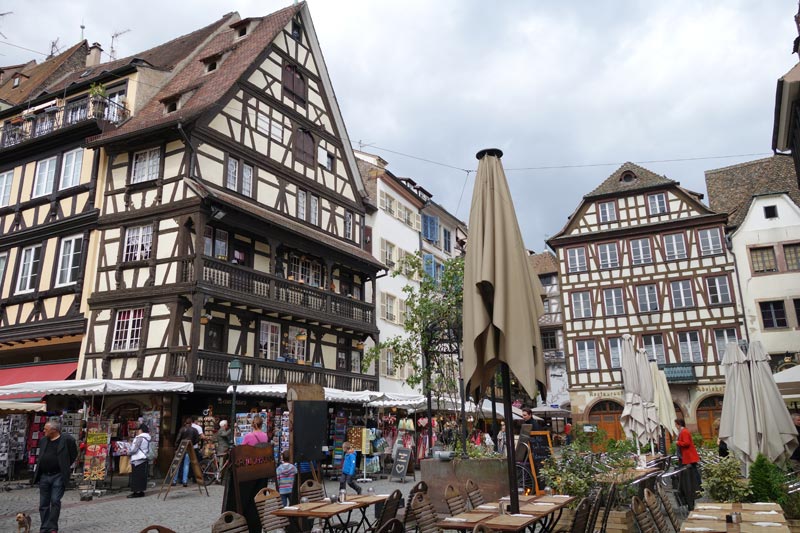 However French you may feel, that same city center is also evoking images of medieval German towns with the abundance of black and white timber-framed buildings, especially in the Petite-France district. In the past, this type of exterior was typical for the civil buildings in the Rhineland. 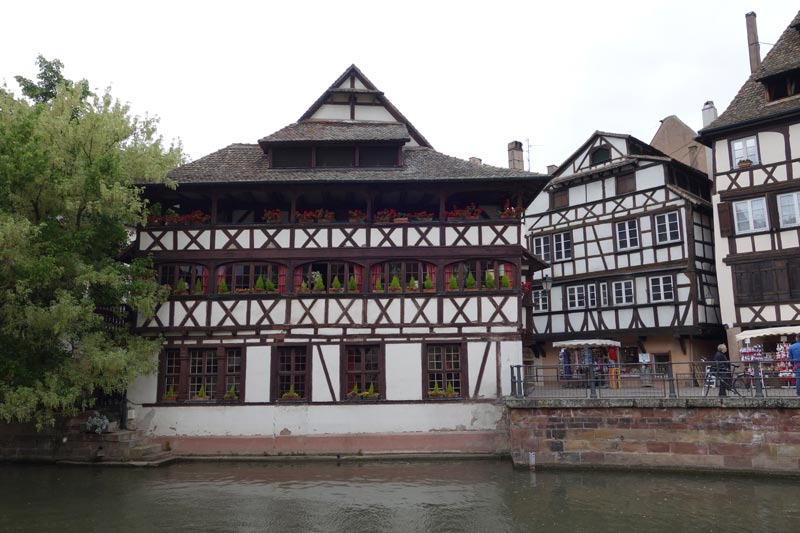 The name of Petite-France, a place of slaughterhouses and tanning-houses in the past, has quite an interesting story. In the 15th century, there used to be a hospital for treating patients with syphilis in that area. Back then, many called syphilis “the French disease”. Hence, the name Petite-France.

In the very heart of the historic city center there is yet another landmark that is hard to miss – the Strasbourg Cathedral.

When you stand before it and look up, it feels like this enormous yet delicate building is literally reaching for the skies. A beautiful example of late Gothic architecture, it is also unique with its lonely tower.

Like other Gothic cathedrals (Notre Dame in Paris, for example), the Strasbourg Cathedral was meant to have two towers, but the south one was never built. Now, the cathedral is famous precisely for its one-towered silhouette, replicated on magnets and souvenirs.

Just when you feel dizzy from watching this gigantic building rise with its statues and ornaments above the otherwise humble landscape of the city center, you enter the cathedral to be even further amazed by its complex astronomical clock. Small automatons, representing Christ, the Apostles, angels, Death, and many others, move about to show you the date, hour, season, zodiac sign, moon and sun phases. Basically, everything you would like to know about time. 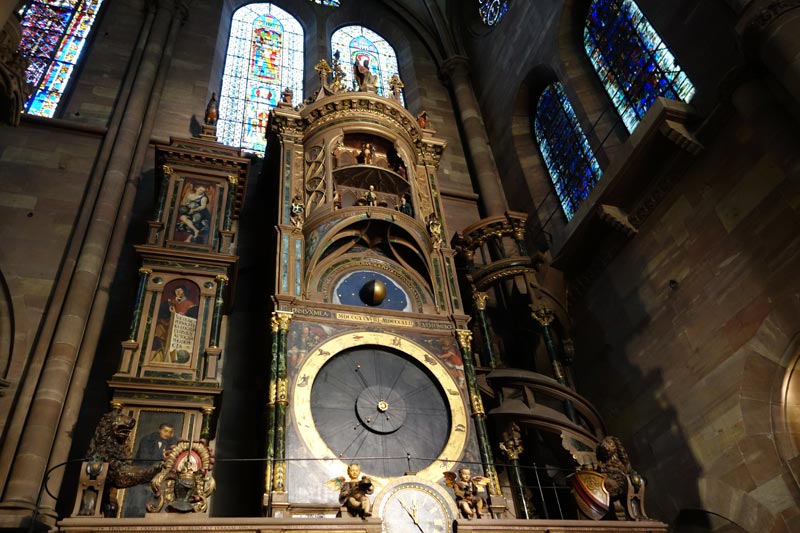 That place is distinctly different from another face of Strasbourg – the European quarter.

Sprawling on the banks of the river Ill, here are the Council of Europe, the European Court of Human Rights, and one of the two seats of the European Parliament. Around them are numerous houses where officials live or stay, all of them in small picturesque streets with flower names.

The European Parliament building is perhaps the one that makes the biggest contrast to the old Strasbourg city center. Very modern, shining with its sun-reflecting windows, surrounded by the river and by the greenery, it is truly a remarkable place. 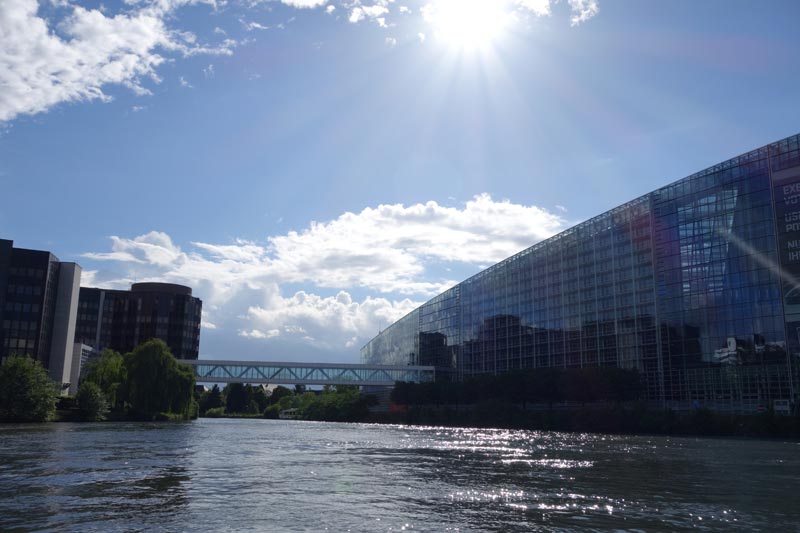 The greenery is also something you cannot get enough of in Strasbourg. The trees along the river banks are a perfect background for the swans that glide along the water, surrounded by small brown-grey ducks. 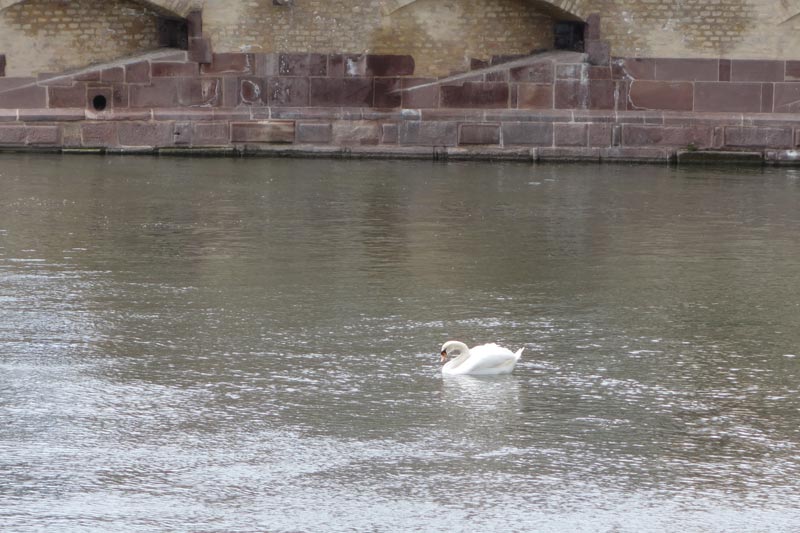 The people of Strasbourg are another reason to love the place. People in the streets giving you directions, people in the boulangeries and cheese shops explaining the French cuisine, and my amazing hosts who welcomed me with coffee and stories about Strasbourg.

On my last morning in town, I drank my coffee near the modern train station (which only looks modern from the outside; inside the old building is perfectly preserved) and I left Strasbourg with a bag full of French cheese and the promise to myself that I would come back one day. 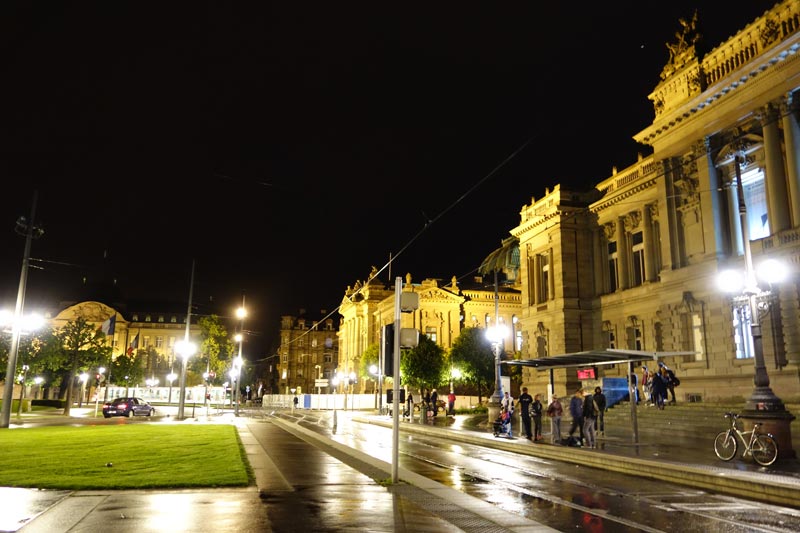